Dr. Adele Diamond- the 2022 Flux winner of the Huttenlocher Award!

This award celebrates an outstanding researcher in developmental cognitive neuroscience who inspires future generations of researchers.

Dr. Diamond was pivotal in the creation of the field of developmental cognitive neuroscience, having demonstrated the role of prefrontal cortex (PFC) in the development of executive functions (EFs) beginning in infancy. As Dr. Diamond describes, EFs “include skills like exercising self-control, inhibiting distraction to stay focused, flexibly adjusting to change or the unexpected, and creatively seeing things from different perspectives. These make it possible to think before we act, resist temptations, creatively problem-solve, and succeed when faced with difficult challenges.” Dr. Diamond organized the seminal conference, called The Development and Neural Basis of Higher Cognitive Functions, that jump-started our field, facilitating collaborations between leading developmental psychologists, neuroscientists, and cognitive scientists.

Dr. Diamond’s journey to neuroscience took many turns. “I never imagined I would be a neuroscientist,” she says, “I had no interest in science and certainly no intention to go into neuroscience. My interests were in people’s stories and their reasons for what they did, in understanding the world through their eyes, in social and cultural influences on thought and action, and social justice.”

Having received the only two national graduate fellowships open to women in the US at that time (the NSF and Danforth Graduate Fellowships), every graduate program she applied to agreed she could continue working in Anthropology, Sociology, and Psychology. At Harvard, she was offered the opportunity to conduct research anywhere in the world. She had chosen the South Pacific for her field work “because it seemed the most idyllic” and had a great thesis topic (“Is the need to be a master of your fate intrinsically human or a product of Western culture?”). But she felt that neither she nor the famous folks advising her were coming up with a good way to study it. She thought, “What’s the point of going to paradise and being miserable, thinking, ‘How will I ever get a dissertation out of this?’” She gave back the money, explaining that if she ever came up with a good way to study it, she’d re-apply.

Having given up her dissertation topic, she returned to a question that had first captured her interest early in graduate school. She recalls that her advisor, Prof. Jerome Kagan, was “jumping out of his seat with excitement” at the discovery that children around the world show the same cognitive changes at roughly the same time despite wide variations in experience, implying there must be a maturational component. Dr. Diamond reasoned that “Clearly the maturational component in cognitive changes would be in the brain. But where?”

Perhaps one key to Dr. Diamond’s unique and innovative discoveries is her exceptional ability to bridge disciplines. “It happens that the classic Piagetian task for studying infants’ emerging ability to find a hidden object (A-not-B) and the classic task used by neuroscientists to the study the functions of dorsolateral PFC (delayed response) are virtually the same (though neither field had realized that).” This realization led to her hypothesis: “Perhaps maturational changes in dorsolateral PFC facilitate cognitive improvement between 7-12 months of age.”

Without tools like fMRI available at the time, many thought it impossible to study cognitive neurodevelopment in infants, but this did not stop Dr. Diamond. Combining studies in human infants with studies of adults and infant monkeys, she disproved the long-standing notion that PFC is silent during infancy and EFs don’t develop until later in childhood. These findings changed the way researchers and clinicians understood PFC and EF development in infants.

Since then, Dr. Diamond has made many groundbreaking discoveries across disciplines, shaping our understanding of EF development and the disorders in which it becomes impaired. She identified the biological mechanism causing EF deficits in children with phenylketonuria and pinpointed the first visual deficit ever reported in this population, directly translating into improved medical treatments across North America and Europe. Her work also changed our understanding of ADHD, demonstrating that the “inattentive” type is fundamentally different from types that include hyperactivity.

Dr. Diamond also uncovered relationships between variations in the COMT gene and EFs in children and adults, revealing that it’s not possible to say which version of the gene is better for EFs without also knowing the environmental context. She further demonstrated that not all cognitive tasks that depend on PFC are sensitive to dopamine levels, and that contrary to notions about “positive” stress, even very mild stress can impair EF in most people. Each of her discoveries was made possible by interdisciplinary insights, bridging fields like neuropharmacology, molecular genetics, and developmental cognitive neuroscience.

Dr. Diamond believes in a “Yes, you can” approach to learning. This means that although someone may appear incapable of understanding something, posing the question differently or teaching the concept in a different way can enable that person to succeed. Dr. Diamond has shown this in many studies: for example, 5-month-olds can succeed at a challenging Stroop task, contrary to what others had claimed, if only made to wait a few moments before responding. Perhaps this mentality around learning is also what makes Dr. Diamond a beloved educator and mentor, with students raving about her “life-altering” courses and mentees who go on to become successful independent scientists themselves.

Being a scientist can be challenging, and many young trainees are afraid of making mistakes. Dr. Diamond shares her insight about the value of being wrong: “The only way to completely avoid mistakes is to stay with what you already know. When we find out we were right, we’re not learning anything new. It’s only when we are surprised — when we were wrong — that we learn something. So I tell students not to be disappointed when their hypothesis is disconfirmed! Rejoice! Now you have the opportunity to learn something you didn’t know before, maybe that no one knew before! A couple of my most important discoveries came because my initial hypotheses were wrong.”

This interview was conducted by Arielle Keller and the Flux Communication Committee team. 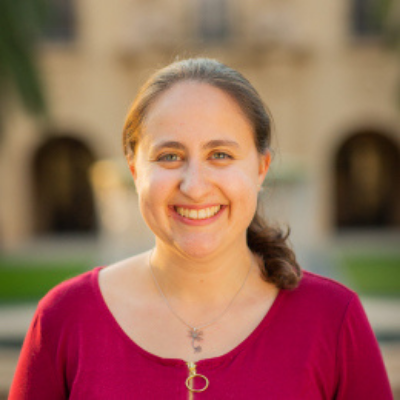 For Community
For Educators
For Society Members
Miscellaneous

Dr. Courtney Filippi invites applications for a full-time postdoctoral scholar to conduct studies on the neural basis of social-emotional development. Ongoing projects focus on how factors that are intrinsic to the individual (e.g., temperament) and early experiences...

We are seeking outstanding postdoctoral candidates and/or engineers for research in brain-machine interfacing and restoration of sensorimotor function via electrical stimulation of the nervous system. We have multiple ongoing projects applicants could get involved...