Based on member and board nominations, the Flux Board has unanimously and enthusiastically voted Dr. John Gabrieli (MIT) for the recipient of the 2020 Huttenlocher Award for the 8th Annual Flux Congress in Santa Rosa, California from September 10-12, 2020. 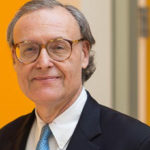 John Gabrieli is the director of the Athinoula A. Martinos Imaging Center at the McGovern Institute. He is an investigator at the McGovern Institute, with faculty appointments in the Department of Brain and Cognitive Sciences and the Institute for Medical Engineering & Science, where he holds the Grover Hermann Professorship. He also has appointments in the Department of Psychiatry at Massachusetts General Hospital and the Harvard Graduate School of Education, and is the director of the MIT Integrated Learning Initiative. Prior to joining MIT in 2005, he spent 14 years at Stanford University in the Department of Psychology and Neurosciences Program. He received a PhD in Behavioral Neuroscience in MIT’s Department of Brain and Cognitive Sciences and a BA in English from Yale University.

The Huttenlocher Lecturer Award was established in honor of Peter Huttenlocher’s (1931-2013) pioneering work on brain maturation and as such commemorates a senior scientist who has made outstanding and significant contributions to the field of developmental cognitive neuroscience. The Huttenlocher Award Lecture aims to have an esteemed pioneer of the field of Developmental Cognitive Neuroscience impart their collective understanding of development that they have gained based on their outstanding body of work.

We are excited to award John Gabrieli our Society’s most distinguished honor to highlight the significant impact that he has had in our field through his science, its translation to help learning abilities, and for having trained and promoted so many of the leaders in the field. Silvia Bunge, one his many star mentees, will introduce his award lecture. He joins previous awardees: