Our members have spoken!  Based on votes from the Membership, the Flux Society has three (3) new board members, each serving for 2 year terms, beginning in January 2020: 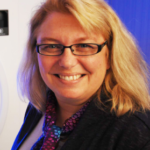 Deanna M. Barch, Ph.D. Chairperson, Department of Psychological and Brain Sciences Gregory B. Couch Professor of Psychiatry, Department of Psychological and Brain Sciences, and Radiology Washington University Principal Investigator, Co-Director of the Cognitive Control and Psychopathology Laboratory at Washington University Director, Conte Center for the Neuroscience of Mental Illness. Dr. Barch’s current research is focused on understanding the interplay among cognition, emotion, and brain function to better understand the deficits in behavior and cognition found in illnesses such as schizophrenia and depression. 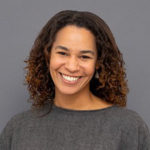 Catherine Hartley, Ph.D. Assistant Professor of Psychology and Neural Science at New York University. Cate received her B.S. in Symbolic Systems from Stanford University and her PhD in Psychology from New York University.  She completed a postdoctoral fellowship at the Sackler Institute for Developmental Psychobiology at Weill Cornell Medical College, joining  their faculty from 2014-2016 as an Assistant Professor before returning to NYU in July 2016. 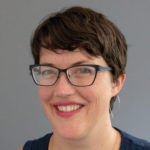 Margaret Sheridan, Ph.D. received her degree in Clinical Psychology from the University of California, Berkeley in 2007. After completing her clinical internship at NYU Child Study Center/Bellevue Hospital, she spent three years as a Robert Wood Johnson Health and Society Scholar at Harvard School of Public Health and then as an Assistant Professor at Harvard Medical School. In 2015 she left HMS to become an Assistant Professor at the University of North Carolina, Chapel Hill and serve as the director of the CIRCLE Lab. The goal of her research is to better understand the neural underpinnings of the development of cognitive control across childhood (from 5-18 years of age) and to understand how and why disruption in this process results in psychopathology.